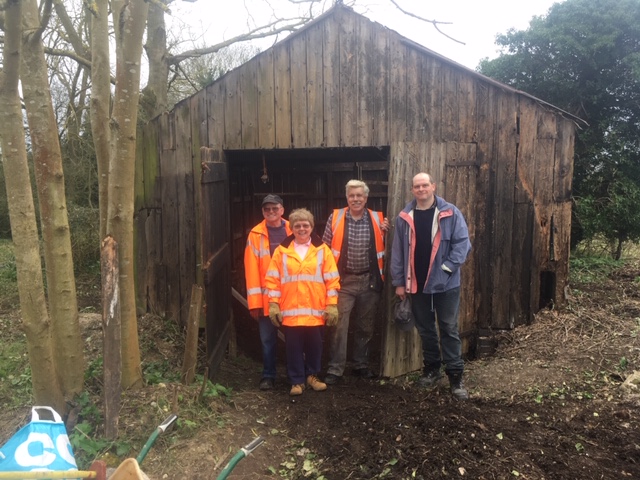 Posted at 13:37h in News by Halesworth to Southwold Railway
1 Like

We had another good turnout of four valiant volunteers at the Blythburgh Shed on Sunday 15th March. Bridget, Tony, Richard and James. All the cut-down vegetation around the front and both sides was burned, and the site tidied up and raked over.  Most of the work required at the rear of the Shed is now done. Inside the Shed, the structure was jacked up to make the ridge level. It was a very long job. The temporary struts are now a little more simplified and there is now a much better (acrow) support for the West end of the ridge. The first bit of new timber is now in place. It is the rafter under the middle of the hole in the roof and additionally the rafter under the centre is now fixed temporarily, until it can be replaced.  The place where the wall hole was, in the South East corner, is now jacked up to level as well, as it was sagging on two of the posts and this means the new baseplate can be inserted under the posts. So, in summary, the roof ridge is now level and the roof now has a lot more support. There is still a lot more work to be done though. 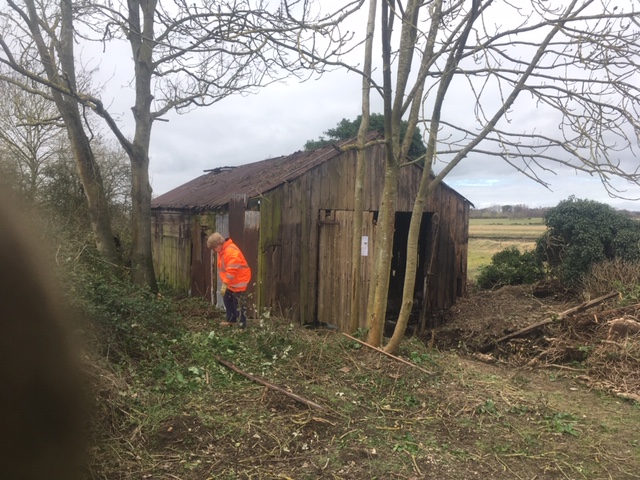 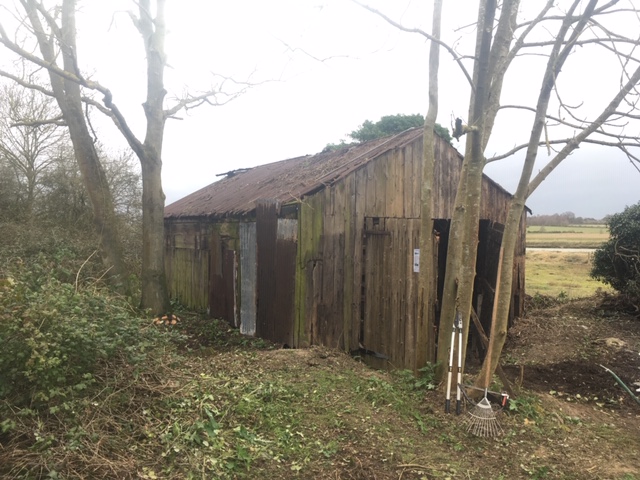