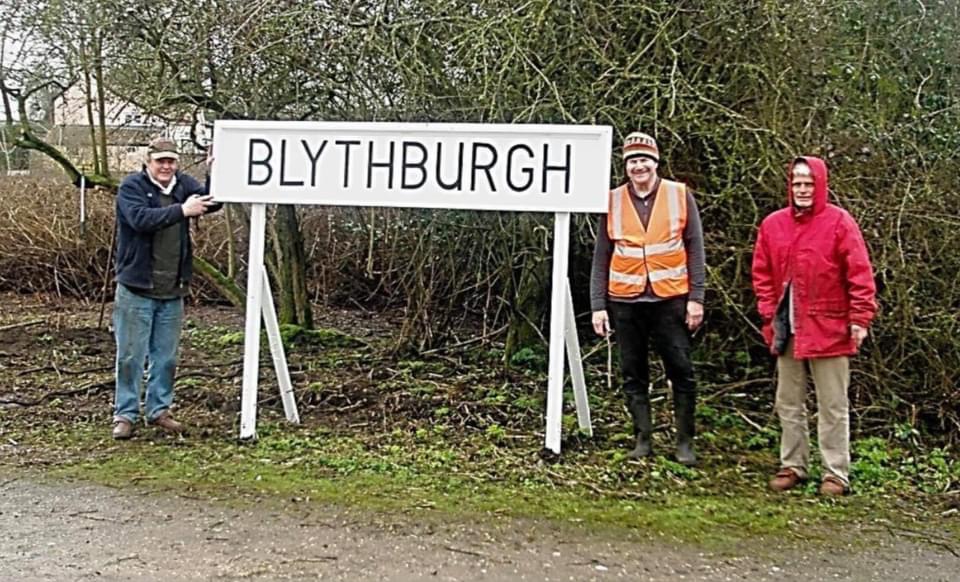 Three volunteers, Roger, Paul and Nigel with the new Blythburgh Station running in board (Station sign) created by Roger. It is in the same position as it was in the old photograph. This, like all the Station signs, before the new signs introduced in the early years of the 20th Century, were simple painted affairs. The later signs were larger with raised 3D style lettering. Our volunteer Danny is currently creating the later sign for Blythburgh. The only station that retained its original painted sign until closure in 1929 was Halesworth Narrow Gauge Station. 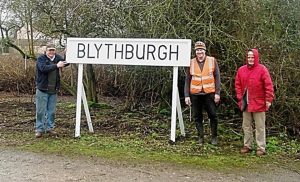 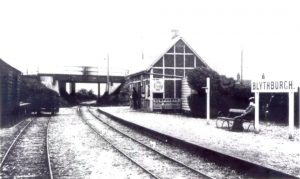