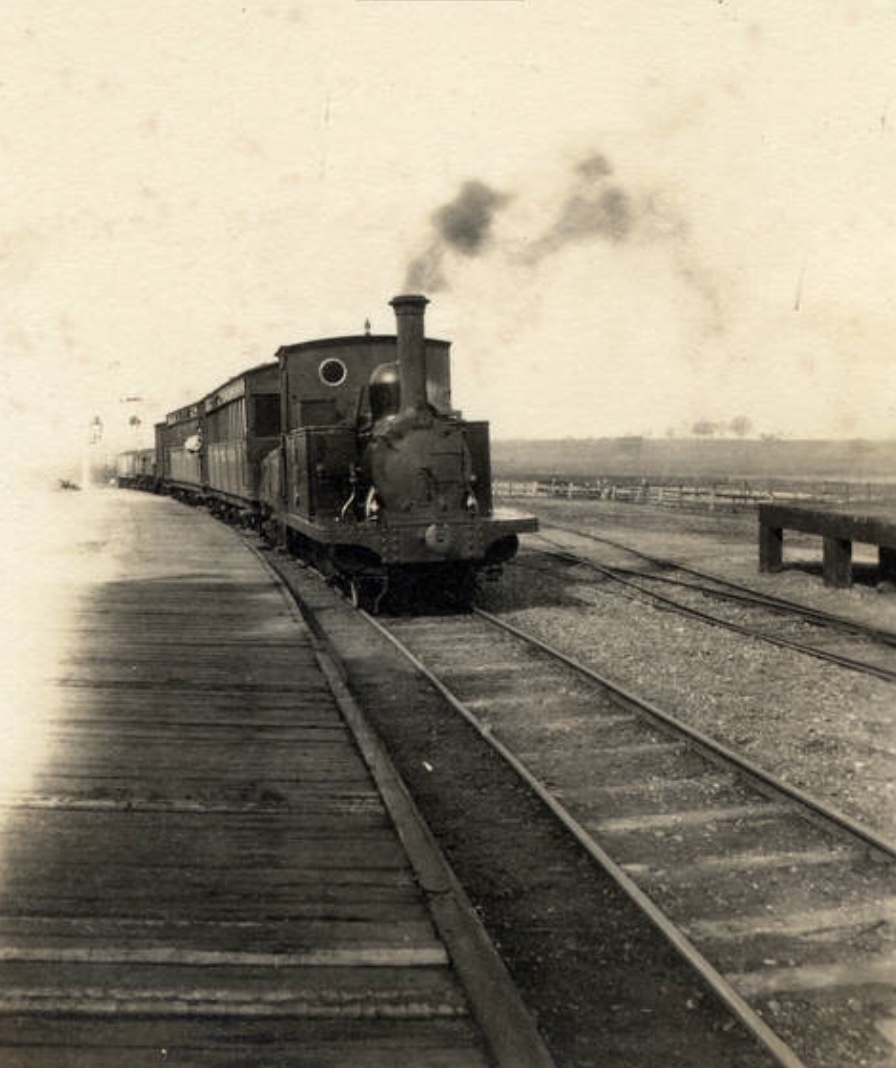 Posted at 13:53h in News by Halesworth to Southwold Railway
1 Like

1.     Recruited 131 Members to date, with almost all renewing, and up to 10 working volunteers

5.     Quarterly news round-up, “Halesworth’s Happening”, sent out online to Members, with hard copies to those Members who do not have e-mail

6.     Re-laid part of the railway at The Folly, Halesworth:  approx. 30 yards of track on each side of the original 1914 locomotive shed pits, using rails, track fittings and timbers obtained by the Co-Chairmen

7.     Achieved 100% sponsorship of the 71 sleepers for the main line relay project at the Folly, and laid down approx. 60 yards of original track from the bridge to the junction, including the relaying of two original rails using original and replica fittings (forged by member Jamie):  both sites maintained and kept clear, bridge crown protected

8.     Achieved an agreement with Sir Charles, the owner of the last HSR building – the Blythburgh goods shed – to restore it.  Several tonnes of fly-tipping removed, and the building secured – destructive vegetation on the roof and around the walls removed – main structure jacked up to level, special-cut replacement timber obtained, and some fitted – bricks obtained (from the same brickyard as the originals) to replace those missing

9.     Applied to become full members of the UK heritage railway trade body – the Heritage Railway Association.  Sponsored by the Mid-Suffolk and the Whitwell and Reepham, and accepted in March 2020

10.  Extensive coverage in local press:  the Bugle, the Halesworth Hoot, daily and weekly papers, and railway magazines:  Steam Railway magazine, Heritage Railway magazine and The Railway Magazine have all published our news, and take our newsletter

11.  Attended many Open Days at heritage sites – the Mid-Suffolk, Bressingham, the Long Shop, and the LWR

12.  Made contact with many community organisations – HSNGR is represented on many committees by Co-Chairman James

16.  Set up a workshop in Wenhaston, with two sidings, a staff facility, a range of tools, and a storage area

17.  The two Co-Chairmen acquired a locomotive – RFS 0-4-0DH RS106 of 1989 – this is under restoration.  Cleaning, painting, and the engine, are complete, and the compressor tested.  In February 2020 the wheels turned under power, meaning that the hydraulic drive and final drives are in good order:  the air brakes are now being worked on.  This locomotive has equipment to fit train brakes, allowing legal passenger train operation

18.  James acquired a wagon – 3.5-tonne Hudson skip – which is now converted into a typical contractors’ 3-plank dropside wagon for display and PW use..  Agreement with Millennium Green to display the wagon on the track HSR has re-laid at the Folly

19.  Ken and James acquired an ex-naval wagon for conversion to a passenger coach – now substantially dismantled:  body design completed, wheelsets and brake cross-shaft at the Mid-Suffolk for re-gauging

20.  Ken and James also funded a nameplate and a number plate for Sharp Stewart 2-4-0T “Halesworth” thus starting the project to replicate this 1879 locomotive.

21.  Ken and James acquired 12 tonnes of NG rails including three points, three point levers, and one facing point lock.  Another 52 rails have been bought by the Society, and will be delivered as soon as practicable.

22.  Now have agreement with Millennium Green to re-lay the original point components where they were used until 1929 – at the loco shed site – with additional rails to make up the loco shed junction – approx. 30 yards.  The point has been substantially re-gauged

23.  Our land negotiator has started the process of negotiating for sections of trackbed

25.  Local architectural modeller Nigel has been tasked to produce a model of what a future Halesworth terminus could look like, based on the original – this is funded by the Co-Chairmen

26.  Attended two meetings with the SR Trust:  so far we have formulated technical specifications, and suggested a division of spheres of responsibility.  A proposed agreement by HSNGR for a joint project to restore the Blythburgh Goods Shed was not taken up by SRT

27.  Conducted talks and guided walks (for U3A, the Time out group, Lowestoft Methodists, and during the Halesworth Heritage Open Days) about the railway and our plans to restore it