Posted at 16:02h in News by Halesworth to Southwold Railway
1 Like

We worked very hard to remove at least 50 years accumulated growth on the roof of the Southwold Railway Coal Shed. All the work on this building is extremely important and worthwhile given that this is the last surviving building from the Southwold Railway which closed in April 1929. We owe it to posterity to rescue and preserve it.

We removed a log sized bit of Ivy from the walls. It had grown to be part of them. We uncovered a substantial brick course which forms a substantial support to the walls of the shed but the major achievement was removing the enormous vegetation which had become part of the roof and which eventually would have caused it to collapse. We came across a few expertly crafted handmade nails during our work. The ‘louvres’ on the outside of the shed continue to puzzle us. They are not hinged but were clearly removable. We don’t know what they were for nor do we know anybody who does.

Many thanks to our volunteers, Richard D, Jamie, James and Ken who braved the at times wet and windy conditions although after lunch we had a nice sunny day. Thanks to http://www.halesworthtoolhire.co.uk for the hire of the Acrow Jacks and to http://www.blythburgh-whitehart.co.uk across the road where we repaired to for a sup or two and some excellent Blythburgh Sausage Rolls of the giant variety. 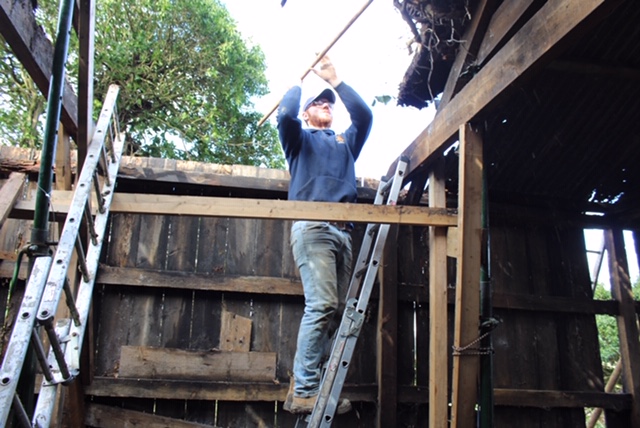 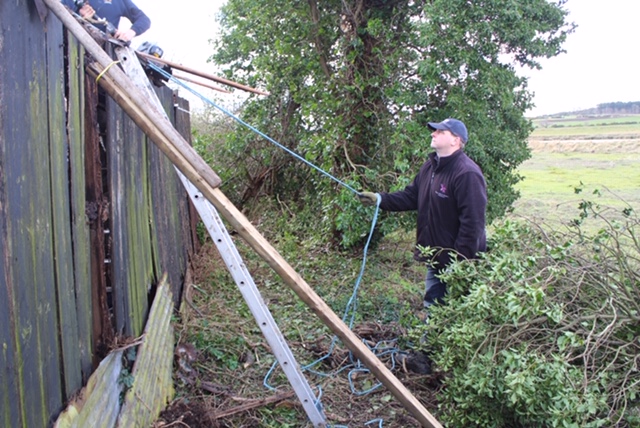 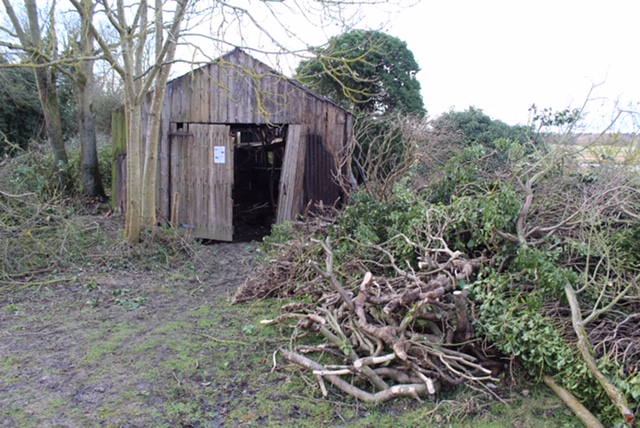 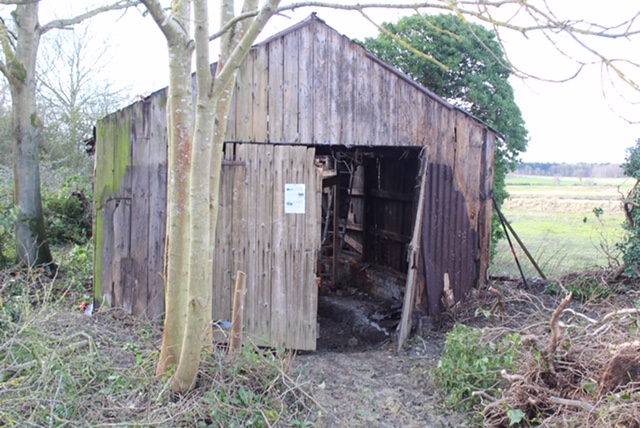 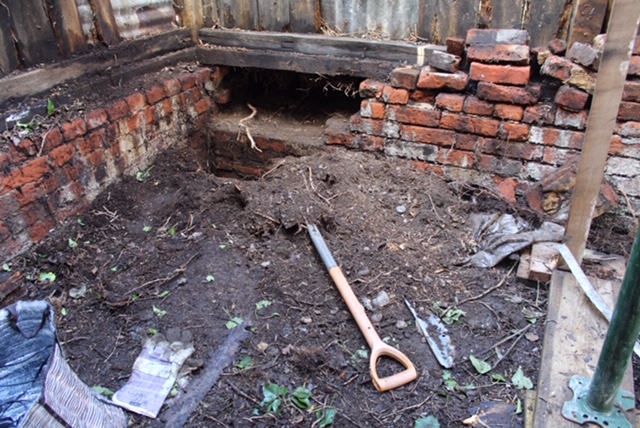 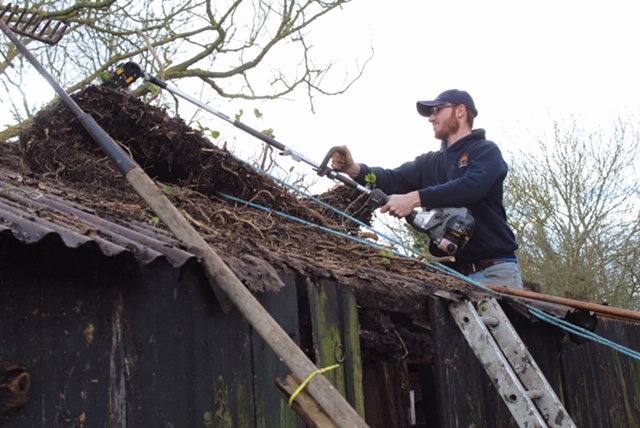 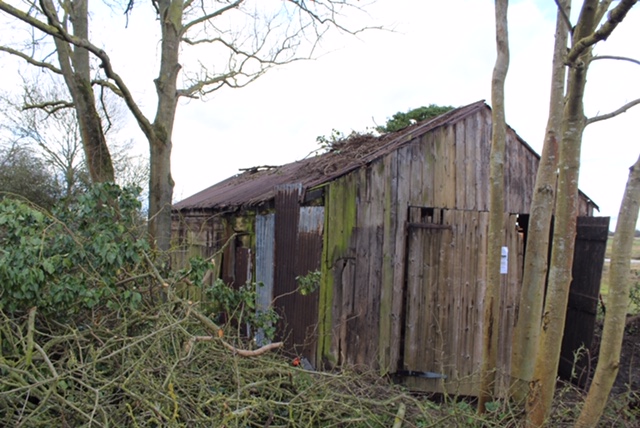 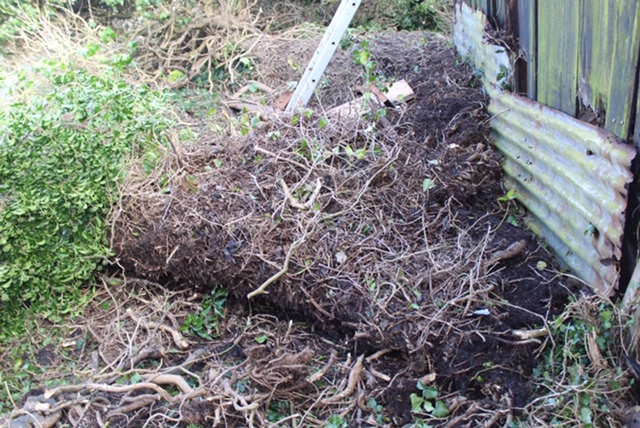 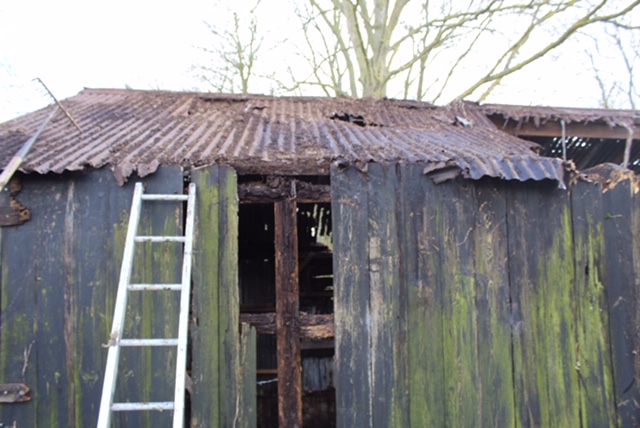