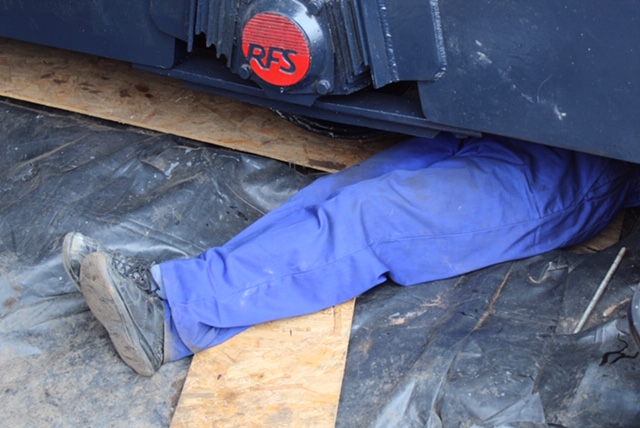 Posted at 13:31h in News by Halesworth to Southwold Railway
1 Like

A good turnout of 6 volunteers on Tuesday 10th March.  Harry (his legs are pictured here) ably assisted by Alan made great progress in solving the mystery of establishing how the air brakes work on our loco ‘Holton’. In Channel Tunnel days there had been a bodge of the Parking brake which had to be untangled and corrected and by the end of the day the parking brake was working and the main brakes were well on the way to working properly. To achieve this progress Harry had to spend most of the day under the loco. James, with help from Alan, made a rail carrier, which should make moving rail about a bit easier. Richard drilled out the hinges for the Blythburgh Shed, and all the hinges for the fencing modification at the Folly (to allow the wagon to enter onto the track): as soon as we have the coach bolts and machine screws, we are ready for both onsite jobs. James drill wire brushed the spokes of a wheelset from our ex Royal Navy wagon and similarly Ken drill wire brushed one of the coupling cases for our loco and then applied de-rusting paint to it. James later followed this up with the application of primer. Malcolm carried on with re-purposing the brackets (ex- garden-railway) for the BB shed and other uses, put two up in the bothy for future shelving, and mended the door into the other workshop for good measure. 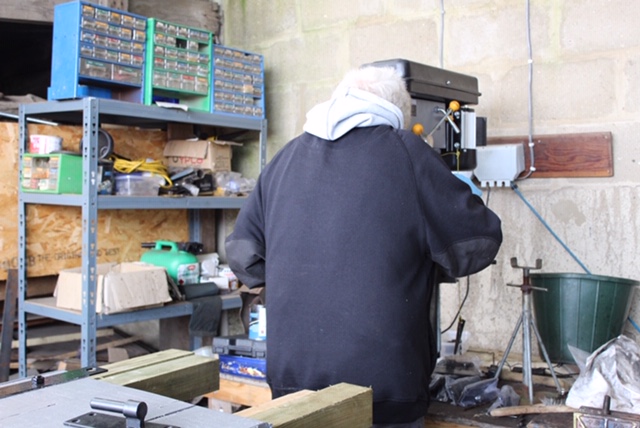 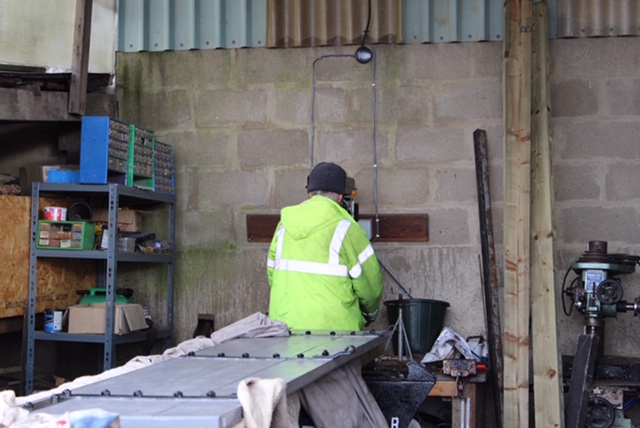 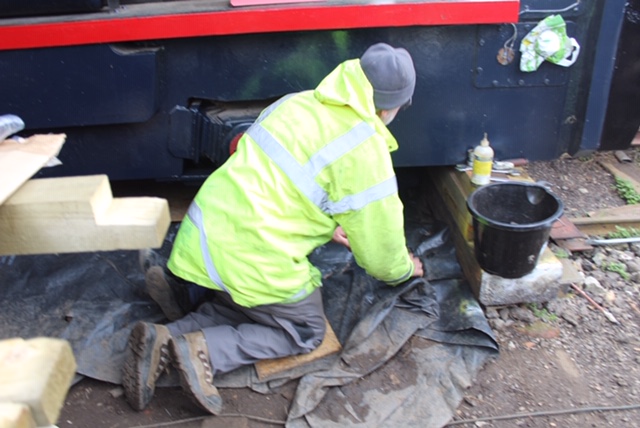 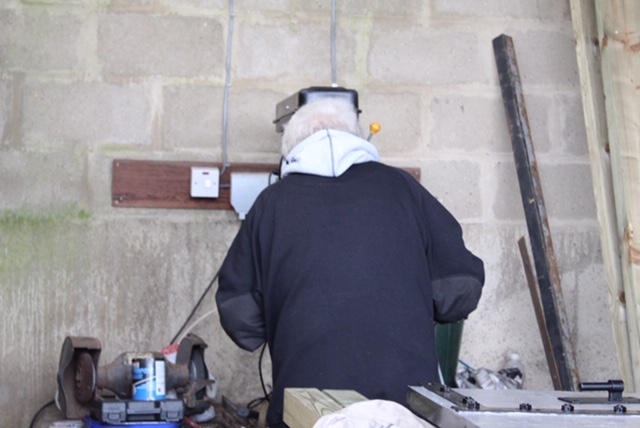