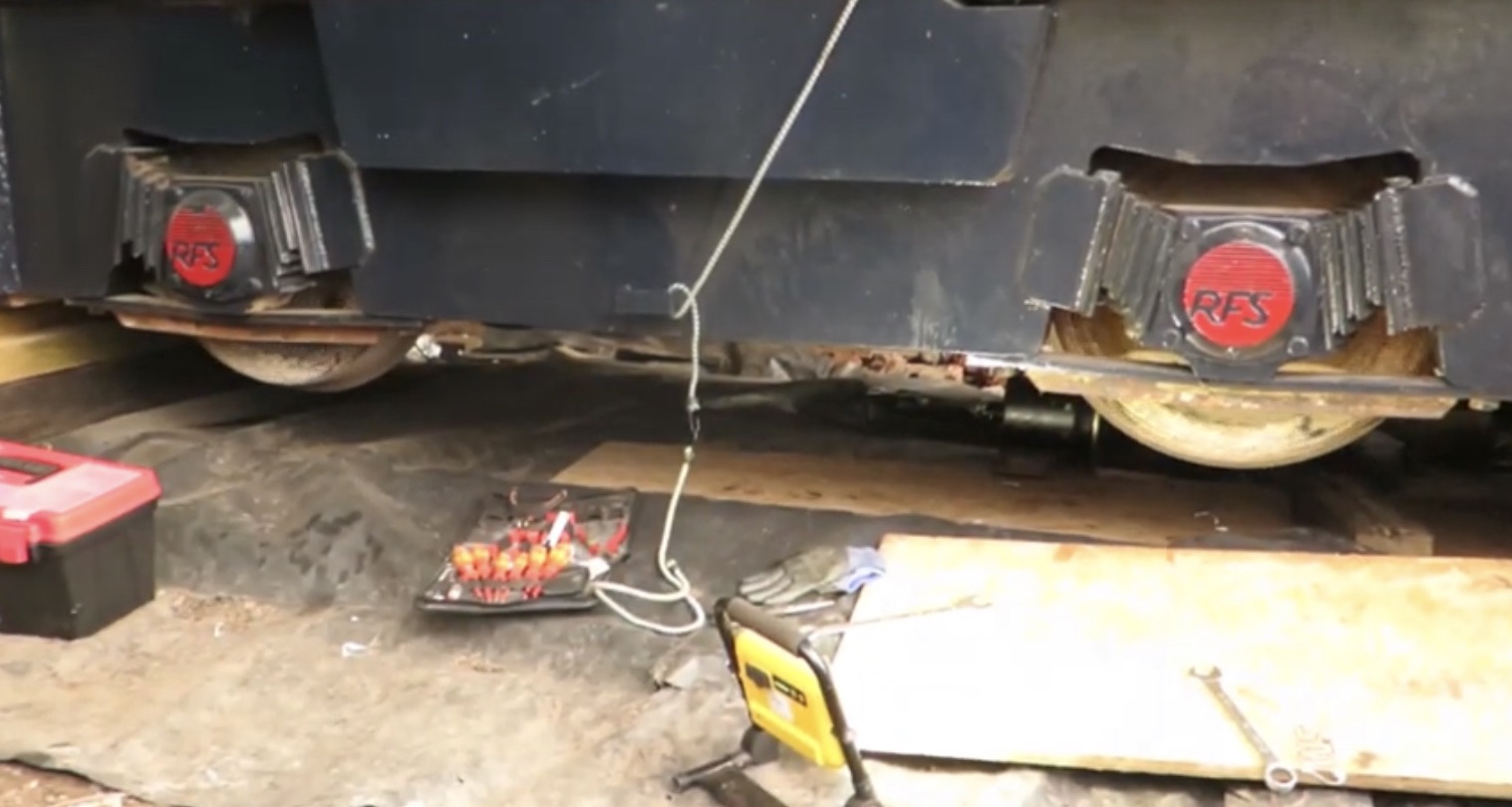 Posted at 15:32h in News by Halesworth to Southwold Railway
1 Like

This turned out to be a red-letter day for our Society.  At about 4.15pm, the wheels on our RFS loco turned under power for the first time in – probably – 15 or 20 years.  Harry and Alan spent the morning removing the actuating rod on the parking brake – it was completely seized.  That then released the brake shoes each side of the disc, allowing Alan to lever the disc around, which in turn moved both wheelsets. Then in the afternoon, they doggedly traced missing wires and stuck solenoids, until the entire system came to life. This means that the transmission – cardan shafts, gearing, hydraulics – is all working as it should – the wheels turned smoothly, with no glitches or hesitation. Next Tuesday, the various short-cuts which were necessary to get this done can be worked through, and returned to optimal operation. If its wheels were on the ground instead of being jacked up at present the loco would only move forward at the moment – but a similar system will make it reverse, so confidence is high that that will soon follow. I am afraid that James was so gobsmacked that he failed to record the red-letter moment on video – hopefully we can do that next week.  It’s a very impressive achievement, of which our loco team can be justly proud. Meanwhile, Malcolm, James and Richard were burning rubbish and rotten wood, removing “heritage” brackets to be used at the Blythburgh Shed, drilling and fish-plating the two closure rails that Jamie did last time (one needed some bending – that is done as well), removing the tie-bar (this moves the point blades, being attached to the point lever) to be assessed, cleaned up and de-rusted, completing the Coach 1 brake cross-shaft paint, cleaning up and de-rusting the new spring retainers for Coach 1, top-coating Wagon 1, and such other small jobs. Alan brought in an extremely nice and sumptuous chocolate cake, to celebrate his birthday – it did not last long!